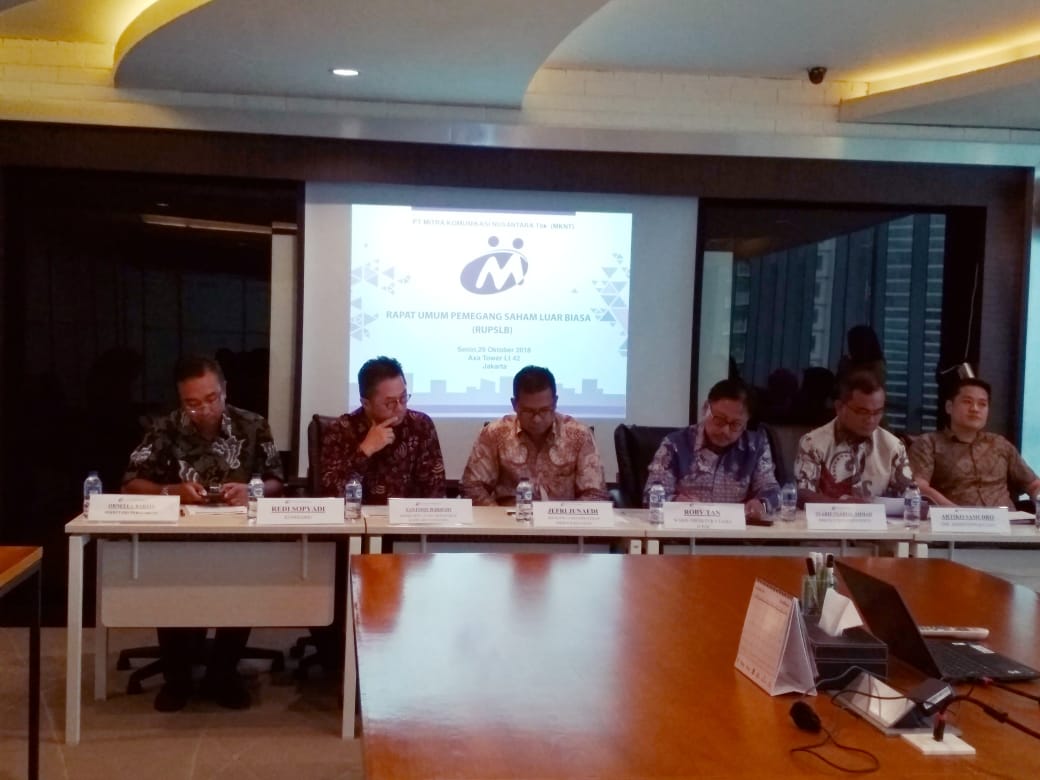 Jakarta, October 29, 2018 - PT Mitra Komunikasi Nusantara Tbk has held an RUPSLB on October 29, 2018 at the Axa Tower 42 Floor. The RUPSLB has met the quorum because it was attended by shareholders representing 3,505.471,300 shares or 70,11% of all shares with valid voting rights issued by the Company, in accordance with the Articles of Association of the Company.

a. Approved the change in the composition of the Company's management, namely: Receiving both the Application for Resignation of Mr. Ivan Ekancono from his position as Commissioner of the Company;

b. Approved the release and repayment of full responsibility (acquit et de charge) to Mr. Ivan Ekancono, for the supervisory actions he carried out during his tenure until July 25, 2018 and the closing of this Meeting, insofar as these actions are reflected in the Company's books and in view of their acquisition approval from the Extraordinary General Meeting of Shareholders of the Company.
So that the new Management Structure of the Company is as follows:

Approved changes to the company's articles of association